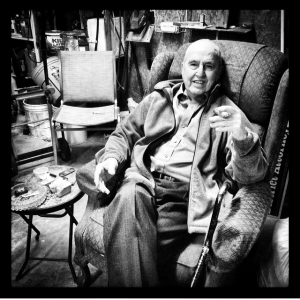 A joyful heart is good medicine,

Recently I was asked who are the greatest men in your life that have influenced you, historically, biblically, and current? Over the past few years I have taken time to introduce you to two men that have made a huge impact on my life (PawPaw & my Dad); today I would like to introduce another man in my life that the Lord has used to impact me and teach me tremendously over the years.

This man is my Dr. PawPaw! Appropriately named, and not because as the oldest grandchild it was me that named him, but he is a doctor but more importantly a PawPaw! Sometimes we would see our grandparents at the same time, so “Dr. PawPaw” helped us call them apart! He is one of the most loving and joyful man I have ever been around, and when you ask anyone who knows him or who he has ever operated on they will tell you the same thing. Over the years since he joined our family in 1992 when he married my Nana, I have watched him, admired him and learned a lot from him. Here is a short list of ways he has impacted me and taught me:

My Dr. PawPaw continues to teach me on what it looks like to be a man, husband and grandpa. To be joyful, humble, love well and work hard in all that you do. And for that I am thankful!